Our kids have always had a draw to the Olympics, especially Alex. Every Olympics the kids have loved to reenact their favorite event. 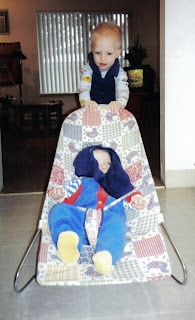 When Tyler was born he immediately joined Alex's bobsled team. I can't quite remember what the bibs around their heads were representing...helmets? At age two Alex's favorite movie was Cool Runnings. (February 2001) 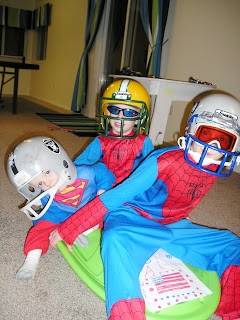 The 2006 winter Olympics Nate joined the bobsled team.
This year the speed skating won out! It is so cute to hear Coopy talk about his favorite Olympic athlete, Apollo Ohno. 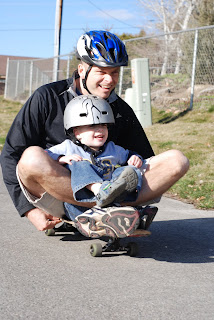 Yesterday Birch and Coopy tried their hand at the luge.
Speaking of sports...and sport injuries; poor Chloe got her first owee on Friday! She fell on the pavement. She was super brave but Mommy was a little sad that her precious knees were all cut up.
When not competing we are all fighting ear and sinuses infections, dry coughs, junky coughs, and sore throats. Good health please come back---we miss you!!!!
Posted by Ditto Family at 5:12 PM 5 comments:

Email ThisBlogThis!Share to TwitterShare to FacebookShare to Pinterest
Labels: Chloe

We have just a couple of weeks left of the White Wolves basketball season. Birch has been coaching Alysee and Nate's YMCA basketball team. It has been a WILD and fun experience. I think these eleven five to eight year olds wear Birch out as much as his regular runs that he goes on. They have SO much energy!!!
This has been the first time that most of these kids have ever played basketball so Birch really had his work cut out. As you can tell from the picture...Birch is on FIRE!
Nate has enjoyed most of the season until...
he decided that he wasn't as good (or big) as the other players. This is hard for a kid that is a perfectionist and expects that he should be able to make all the baskets and never let an opposing player get passed him.
Alysee on the other hand knows even less about basketball but seems to enjoy flirting with all the cute boys on her team. She does seem to be getting a bit more confident as the season has progressed.
This is often what is going on after Saturday mornings basketball games. All the kids jump out of the mini-van and rush over to our own basketball court for a little game of H.O.R.S.E.
The basketball season should wrap up just in time to pull out our baseball cleats...I'm trying to get excited for sitting outside in the wind and cold.
Posted by Ditto Family at 2:23 PM 1 comment:

He sure can TOOT!!

Today Alex had the unique opportunity to participate in a solo ensemble at Central Washington University. He and two other classmates formed a trio several months ago and have been practicing diligently each week to be ready for this competition. There were no prizes given but they did receive some great feedback from the "judge." They were told that their pitch is better than many college students and then they were encouraged to pay attention to the "big words" on the sheet music (ie. Allargando, Piu mossu, etc...) 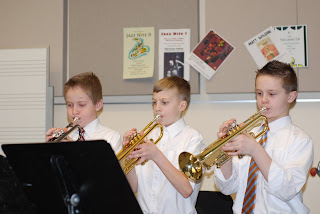 I was really proud of Alex. He felt dumb that he didn't wear a tie to the ensemble. The last two weeks have been tough on him as he realized how much getting braces has really affected his pitch and airiness of his tone. I'm thankful that he did not give up and I'm sure he's going to learn some great tricks with playing the trumpet while having braces.

Here is a peak at their piece, Lakeside from Fantasia:

It was fun for me to spend some one-on-one time with Alex. What a kid!
Posted by Ditto Family at 4:16 PM 4 comments:

Email ThisBlogThis!Share to TwitterShare to FacebookShare to Pinterest
Labels: Alex

Is it possible to post an excess of one child? The other day Alex was taking note of how many posts he was in so I know someone is keeping track. Birch took these pictures a month ago when we still had a bit of snow on the ground. They are just too cute not to share! 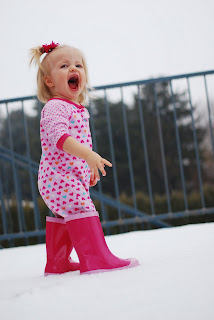 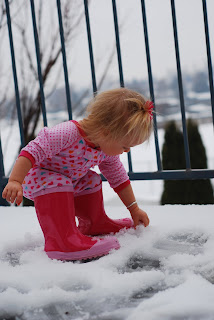 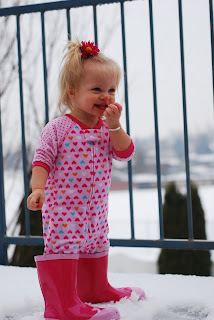 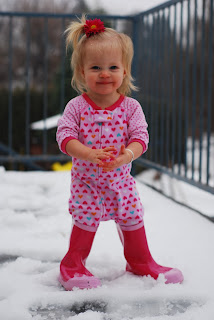 I love this shot with her big sister's boots all twisted up with Chloe's cute stance.
This girl is just about as sweet as they come...and boy does she have a sweet tooth. She could eat treats all day long if I would let her. We all love her juicy kisses!
Posted by Ditto Family at 2:33 PM 4 comments:

Email ThisBlogThis!Share to TwitterShare to FacebookShare to Pinterest
Labels: Chloe 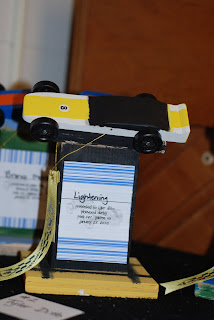 I'm almost a tad embarrassed because it is his second year winning but honestly Tyler truly built his car with his daddy's help (not the other way around). 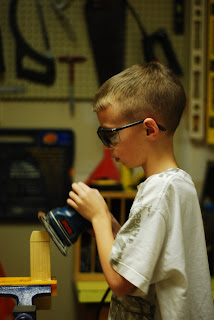 Tyler designed a sleek car and did a fabulous paint job. The car stand was also built by Tyler with the help of carpenter Dad. 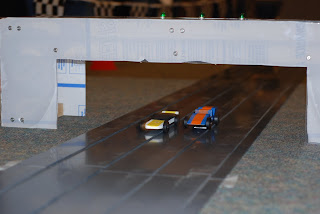 Districts are in a month and Tyler is anxious to see how his car does against the other cubs. 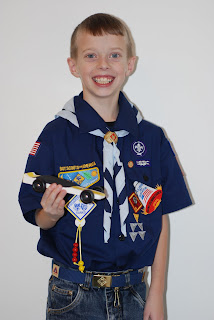 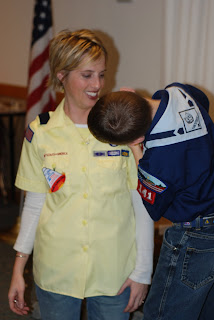 Tyler pinning on the "Mother's Pin" for the Bear.
This was also a big pack meeting for Tyler because he earned his Bear. I'm going on my fourth year as assistant den leader so I am feeling pretty good about understanding the in's and out's of the cub scout program. Wish I could say the same about the boy scout program--Alex is now a boy scout and having to rely on Birch for most direction.

One thing I can say about all my years in cub scouts...it is a good program!
Posted by Ditto Family at 4:02 PM 6 comments: