Last year we had the opportunity to ski as a family several times.  This was the first time that I had skied in eighteen years.  And boy could my body feel it!  Despite the expensive nature of the sport of skiing I had several moments of feeling some "mommy pride" as we ALL did an activity together that each person was enjoying.  With lots of kids spread out over ten years it is hard finding things that everyone enjoys doing together.

Fast forward to 2017...skiing wasn't going to be in the cards this year due to some expensive purchases (think new tankless water heater, new water conditioner unit, new car for daddy, and lots of mission stuff).  The kids were all SUPER bummed when we popped the Family Ski Bubble back in November.  So...when we opened up Ami and Poppi's gift to the family of some money to use skiing there was lots of fist pumping and cheering that took place.

Our calendar is always like C.R.A.Z.Y. full so the next challenge became finding a time that everyone could go together.  President's Day was voted in as the best day so everyone suited up (and fought only briefly over a helmet) and hit the slopes this past Monday.

Where am I in the picture?  Well, while I did have a precious "mommy moment" last year when we were all skiing together I decided that I would rather stay home in my nice and warm cozy house and have a hot dinner for everyone to come home to.  I really did enjoy myself - google chatting with Alex (it was a P day), cooking dinners for a few nights that were going to be extra crazy, watching a movie, planning some upcoming family needs, etc...  I was thankful that Birch was willing to be AWESOME solo daddy and take them all himself.

Overall I hear it was a B.L.A.S.T. - the morning started out rough for Chloe but after lunch Tyler was the raddest son/brother ever and took Chloe skiing for two hours on his own.  During that time she got rid of the funk she was in and regained her confidence and joyful attitude. Chloe actually has a free season pass this year as White Pass gave all third graders a free pass.  Unfortunately, she has not been able to go at all until now (and believe me we have heard about it!!!!).

Boys highlight of the day was going on the terrain park!

Posted by Ditto Family at 10:24 PM No comments:

Unless Alysee is sleeping or reading she is singing.  Her talent is really remarkable and she loves to challenge herself.  Alysee auditioned and made it into the high school Chamber choir.  She is one of two freshman (the only female) that made it into the chamber choir.

Each year there is a Solo/Ensemble competition that many kids participate in at Central Washington University.  This year Alysee's choir (only the female section) sang "Weep No More." 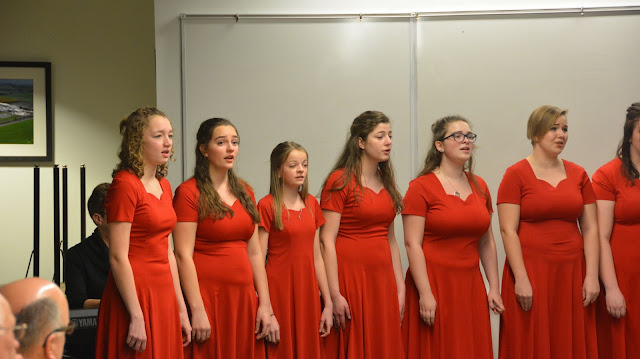 Posted by Ditto Family at 9:43 PM No comments:

Email ThisBlogThis!Share to TwitterShare to FacebookShare to Pinterest
Labels: Alysee

I think we have all been looking forward to our traditional Valentine's Day dinner.  Cooper came home from school and said, "Did you know that some people actually get presents on Valentine's Day??!!!"  I told him that I did and that even growing up I received a small present on Valentine's Day.  He was shocked that we didn't carry on this tradition with our own family.  Years ago (probably after being exhausted by Christmas) Birch and I decided that on Valentine's Day we would focus on our love we have for each other in our family by doing kind things for each other (not including gift giving).

This year we added this cute little mailbox to our Valentine's decorations where anyone was invited to put in some love mail to another family member.  Chloe and Alysee did the best job and filling up the mailbox.

So our Valentine's Day did not include gifts but did start out with cinnamon rolls and our favorite juice EVER -- P.O.G. (passion, orange, guava).  Dinner was our traditional delicious menu - chicken cordon bleu, rice-a-roni, homemade garlic cheese rolls, chocolate dipped strawberries, and corn.  We all had a special fizzy drink to top it off!

A couple of hours before dinner I started thinking about how depressing Valentine's Day would be without anyone to celebrate it with.  I visit teach a woman in our ward that is alone and does not have any family alive.  I texted her and invited her to dinner last minute and she replied back "how did you know I was home alone crying?"  So we enjoyed sharing our meal with Linda and I also took dinner for another family that had a baby seven weeks early.  Spreading the love! 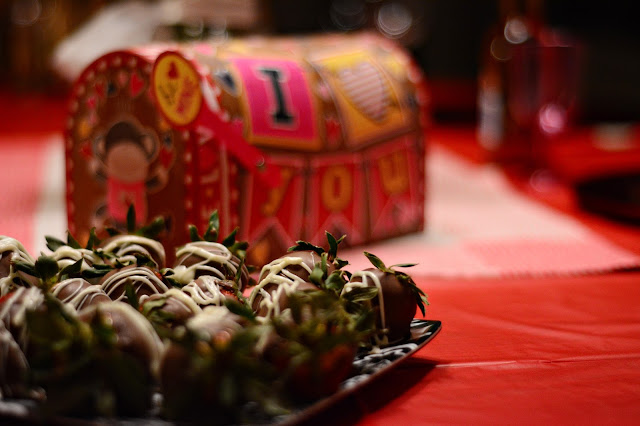 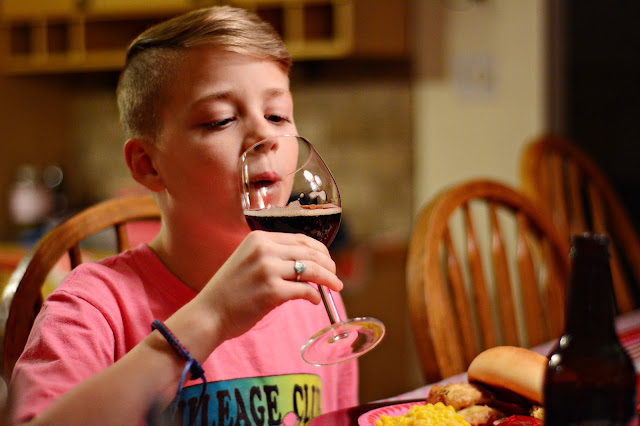 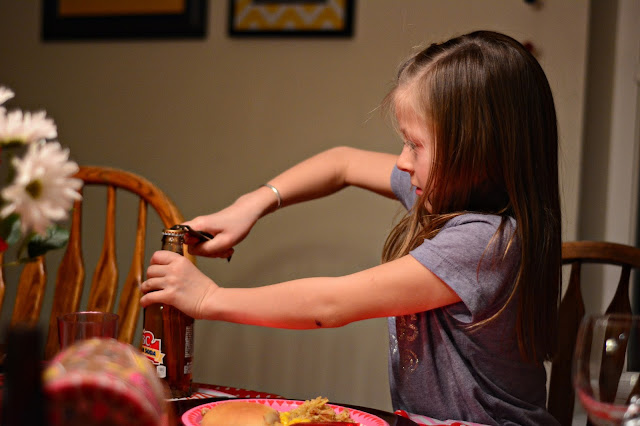 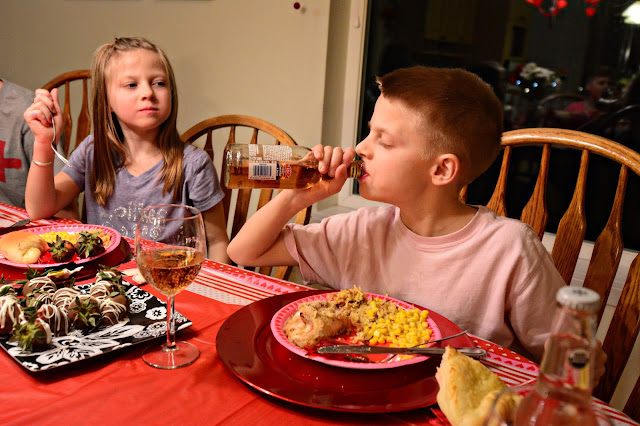 Sure do love this bunch!!!
Posted by Ditto Family at 8:49 PM No comments:

This week was my second attempt to repeat my success with making sugar cookies with flood frosting.  I ended up making around seventy heart cookies that I used for staff appreciation at Summitview Elementary and for all the young women as their February personal progress reminder "Put your heart into Personal Progress." 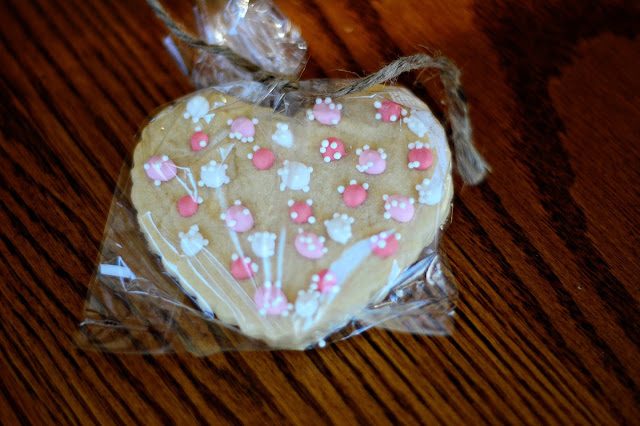 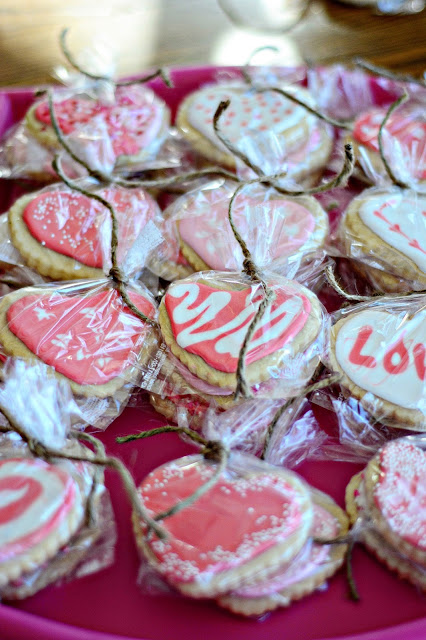 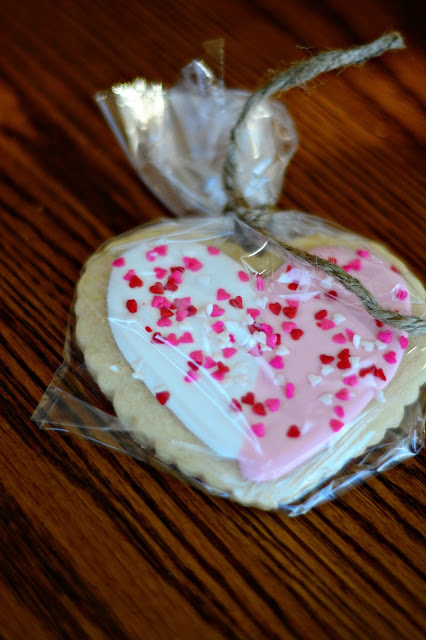 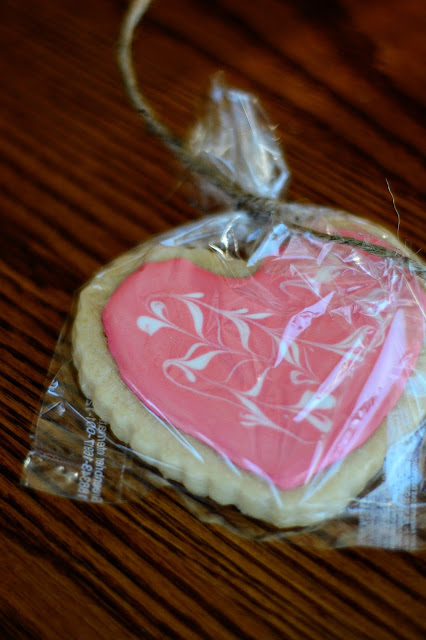 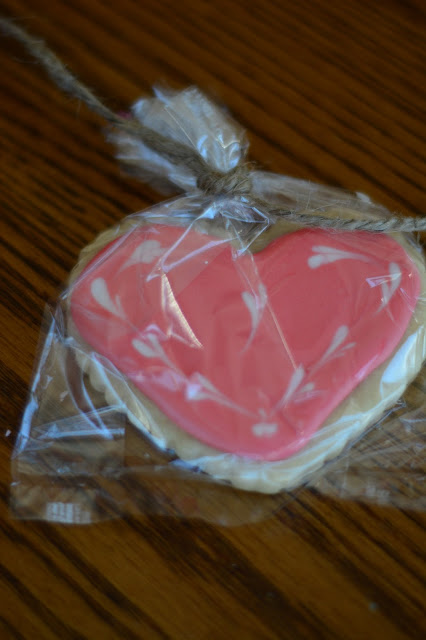 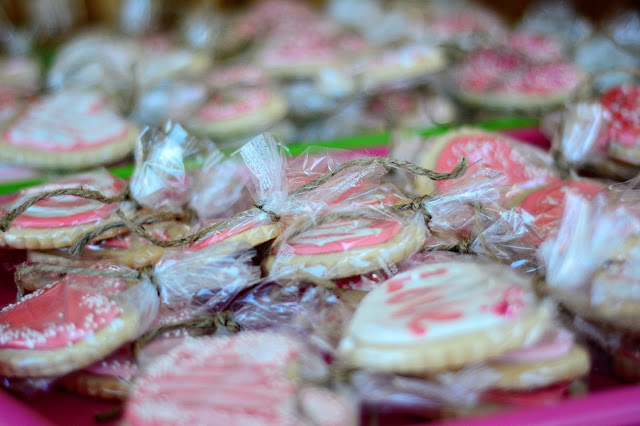 If you can believe it, I have never tasted one of these cookies but Chloe who is a very good baking credit assures me they are tasty!
Posted by Ditto Family at 5:39 PM No comments:

Email ThisBlogThis!Share to TwitterShare to FacebookShare to Pinterest
Labels: Sara

I know it is a little lame to share your closet BUT...due to the amazing make-over by All City Closet Co. I really must share. I totally should have taken a before picture but I was too ashamed. Imagine cheap wire shelving and bars with WAY too many clothes, things all over the ground, shoes on the ground on shelves, boots tipping over, etc... You get the idea. We have a tiny closet so it was stuffed to the gills.
So a month ago we heard a loud bang and following investigation found that the top wire shelf had come crashing down. My bead box exploded, dresses everywhere and everything was just one big mess. We looked at several options (Martha Stewart closet system by Home Depot), fixing our current wire shelving, etc... After going to the tour of homes this past year and see my friend, April's amazing closet we decided to get a bid from All City Closet out of the Tri-cities.
Yes, it was expensive and yes, they totally customized EVERYTHING for us, and yes, we are SO happy with it. Basically we wanted to use all space from top-to-bottom and side-to-side. They pre-build most things at their shop in the Tri-cities and then in one day took down our existing system, touched up the walls, and then built our new closet. It took them about five hours. Our favorite touches: shelving made to exactly fit all of our IKEA bins, pull out pant hanger for Birch, two put out tie hangers (hangs 50 ties), my boot clips, and we each get 96" of hanging space (not bad for our tiny closet).
I'm Sara Ditto and I now have closet pride. 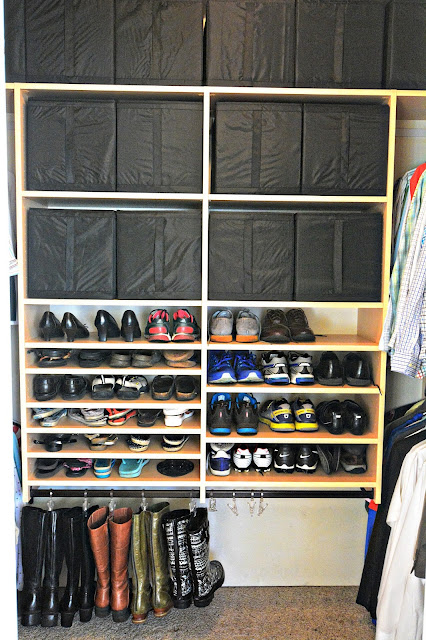 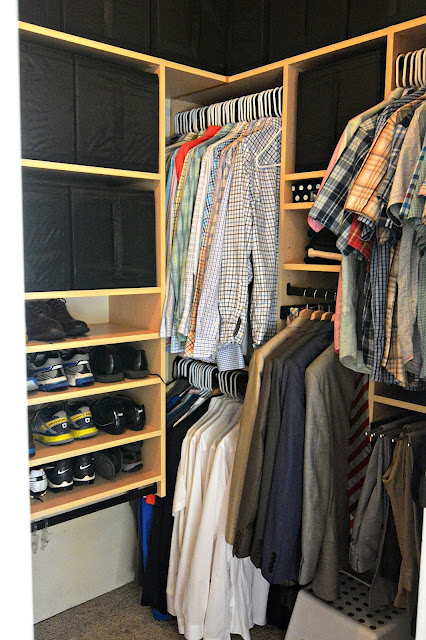 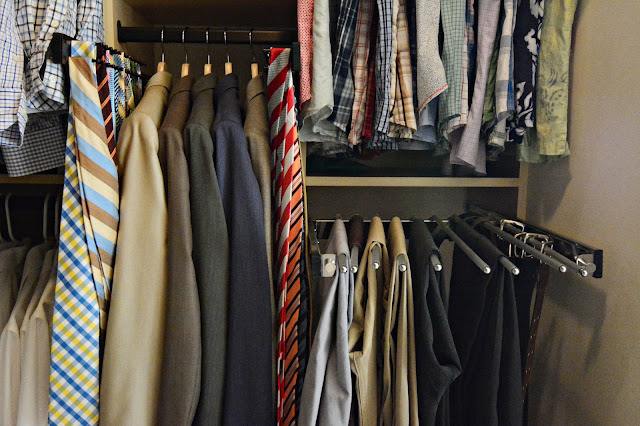 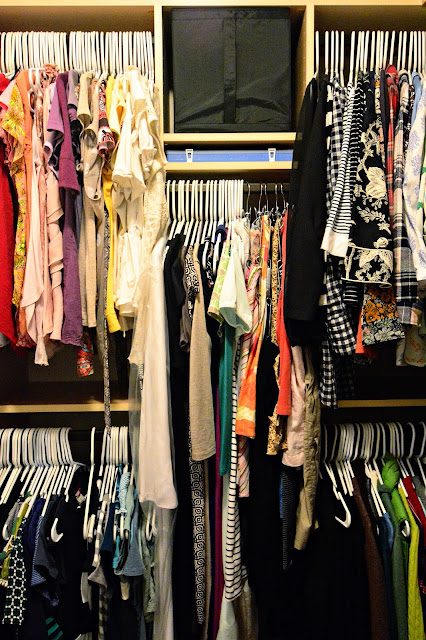 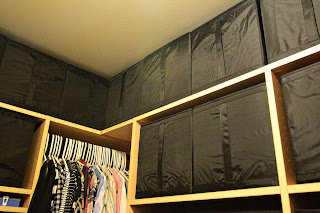 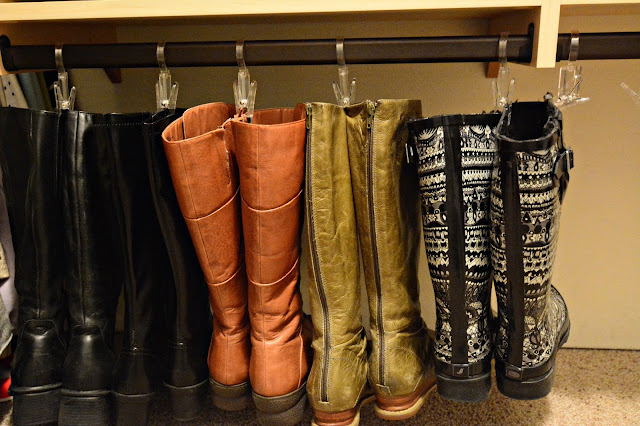 Posted by Ditto Family at 9:59 AM No comments:

Off To The Ball

I love how the high school hosts a Father/Daughter Ball each year.  It is fundraiser for the DECA club and I'm pretty sure they rake in the money.  Alysee decided she was too old this year so she undertook the job of beautician. 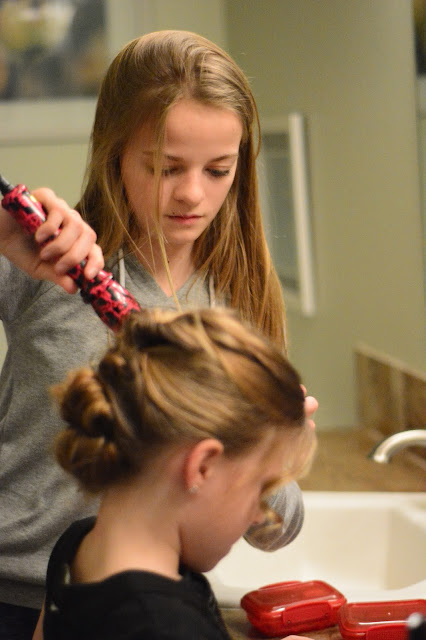 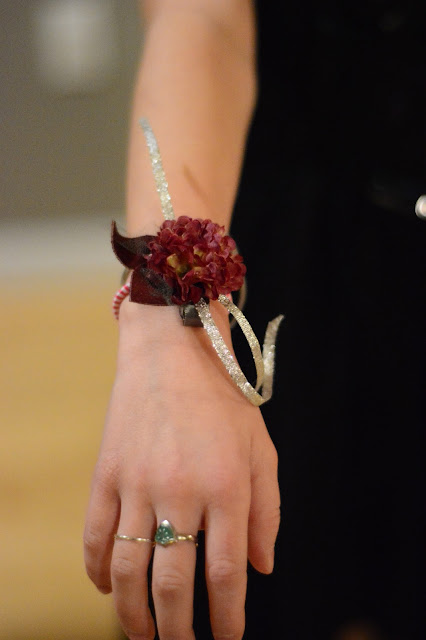 Posted by Ditto Family at 8:13 PM No comments: